Throughout the ’90s, I worked as a nightclub DJ. No, it wasn’t all duff-duff and techno. My realm was underground and alternative rock, with plenty of black, studded leather. Beat mixing The Offspring into Joy Division isn’t easy, but it’s possible!

I lived for the decks and strobes and bass bins. I lived for the smell of stale beer in sticky carpet and tales of bouncer trouble from the door. I lived for the too-loud music and the crush on the dance floor. Sure, my hearing suffered (I was apparently too cool for ear-plugs) and I now have mild asthma from all the then-legal cigarette smoke, but it was a fantastic period of my life. 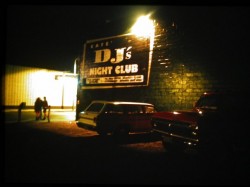 My longest continuous gig was at The Pit, a regular Thursday night dedicated to alternative music, in the imaginatively named DJ’s Nightspot in Gosford. It might only have been a mid-week night in a small club in the ‘burbs, but it had a bigger impact on the people who came than a few hangovers and ringing eardrums.

The Pit was responsible for a number of meetings that later became weddings. Bands formed over beers and would have their first gigs in the club a few months later. A community formed around those Thursday nights that lasted long after the final CD faded out. Many of the regulars continued swapping photos and stories and arranging reunions via a Facebook page for at least another ten years. Yeah, that’s pretty cool.

I learned many things in my ten years as a DJ; from the novice being taught how to beat mix vinyl in my UK student days to the club DJ looping CDs, sliding faders and flicking lightshows without missing a beat. Yet it has occurred to me that some of those lessons are relevant when talking about online communities as well. So I thought I’d share some of those lessons over the next few days.

Here is the first and most important of those lessons.

1. You don’t build a community 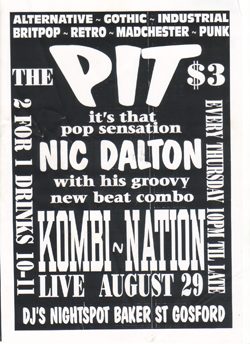 Communities already exist; you don’t make them. They already know what music they want or how they want to entertain themselves. Before The Pit came along, the same people were meeting in smaller groups at each other’s houses to listen to music and drink beer.

What The Pit did was to provide a location that brought all those small communities together to form one big one; but it didn’t create the communities in the first place.

To place ourselves at the centre of those communities, we need to provide the content they’re looking for – even if it isn’t always what we want to produce. And we need to do it better than anyone else. There’s another nightclub just around the corner – another blog, forum or Twitter feed a mere click away.

Providing the right content that will bring those communities to you requires a few things:

This may all seem pretty obvious to many, but I saw too many DJs, nightclubs and bands over the years unable to grasp how to build a community around themselves.

How many Twitter feeds have you come across that are just too self-centred but still wonder why no one follows them?

How many businesses start forums or blogs to preach their products and their own agendas, only to watch them whither and die because the community never came (and may not even exist) that might be interested?

How many campaigns fail to grasp that word of mouth is the most important component, and a massive advertising blitz means nothing if you can’t harness buzz?

Not as easy as it sounds, is it!

Rock DJ Part 2: Free is better than a cover charge

Rock DJ Part 3: The show must always go on